The MS601 signal generator is designed to generate alarm signals, intended for use on sea going vessels and
will be mounted in the bridge. The MS601 has dimmable backlight for use in night conditions.
The device generates signals of different forms according to the IMO rules as described in Code on Alerts and
Indicators 2009. The MS601 works in cooperation with the PA system and the entertainment system.
The MS601 has a standard DIN housing of 144 x 64 mm. For redundancy, it is possible to connect two different
power sources. The main power source is 24 V DC and the secondary power source is 24V DC from the
batteries. An alarm is generated when one of these power supplies has failed.
The two power sources are merged to create the power for the Alarm Bells output. Also the power supply for
the system itself is taken from this source. 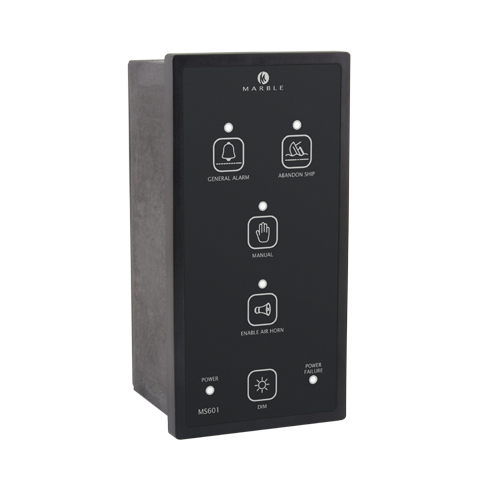